2015 was the year of the oil crisis. Oil started depreciating late 2014 and continued during 2015. It went from 100 USD to 50 USD, and then to almost 35 USD. Apparently, low oil prices will continue in 2016. Some say (myself included) even further than 2016… so we should be prepared for that. By now we all know the reasons why oil prices sank so much quicker, but we can summarize it by saying that oil production is increasing but oil demand is stable or increasing much slower… This means an oil production surplus. The oil market is one that no one can really control, it’s too big and free. Maybe a few can influence it, but basically, it goes up and down according to market laws. 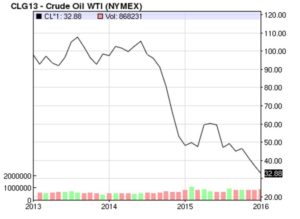 This had consequences in almost every country, some good, others bad, and others disastrous. There is constant news about what is happening in the US, Russia, Middle East countries, Brazil… Many American shale oil companies are going bankrupt, middle east countries aren’t decreasing production, Brazil is in big trouble with its economy shrinking almost 3% and Russia even worse with -4%… these are huge economies, influenced but they are not completely dependent on oil.

But what about Angola? Angola is completely dependent on oil production, and when I say completely it isn’t an overstatement. Barely everything in Angola depends directly or indirectly from oil: 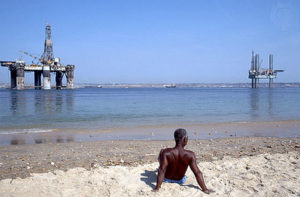 These are huge numbers as you can imagine. But what do they mean? How bad can things go?

Lets put it in a simple way… People may think they know what an economic crisis is, but you if haven’t lived it and personally experienced this kind of problems, you know nothing… you just can’t fully understand the depth of the problem. Developed countries have their economic cycles with a crisis which usually means unemployment, decreased growth or even recession. I mean, I should know, I’m Portuguese, Portugal is in crisis since… ever. These are difficult situations and people suffer from this economic crisis, and I don’t want to diminish it. However when we are talking about an economy that runs completely on oil problems get to whole other level.

Oil crash in Angola in Numbers

But these are just macroeconomics statistics and just by looking at them you can’t feel how bad it can be. Even when they are as huge and shocking as these. As someone living in Angola, I have witnessed it first hand how people are being affected by the increased prices, lack of products (or at least variety)… In fact, the mother of all problems in Angola is the lack of foreign currency, let’s say USD. Angola’s only source of USD is selling oil. Angola’s oil is being sold for much less than half the price in 2014. This means that Angola has less USD to buy things from outside and at the same time Kwanza is losing value. The official exchange rate went from 100 to 135, but in the streets, it has doubled to 270! 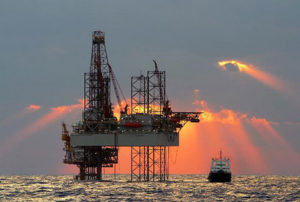 What happens when you start losing access to foreign currency?

You simply can’t import or pay anything to the outside of the country – please keep in mind that Angola imports 80% of its consumable goods. Nowadays USD is both more expensive and difficult to get, so everything you buy with it is now much costlier and more difficult (or almost impossible) to get. From milk to meat, from fuel to cereal… even airplane tickets or studying abroad. Even when you have money, you may only have it in Angola. You may be swimming on Kwanzas and can do little with it because you can buy other currencies. Credit cards haven’t been issued by almost every banks! Angolans are having difficulties to pay for trips and holidays outside Angola. Companies and people want to buy goods, cars, machinery, trucks or whatever you may think of, and can’t because they can exporters and can’t do much about it. Even the most basic of things like:

All of these payments have been delayed, not because companies don’t have money, but because National Bank can’t buy enough foreign currency, and has to rationalize and prioritize. It’s a horrible feeling having the money and still can’t make even the basic payments above referred. Not being able to take care of your own health, or your studies… Not having your hard work salary paid… 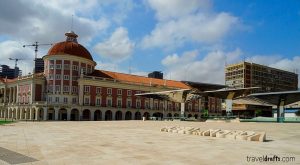 The irony of fuel prices

The good thing about an oil crash is that fuel prices also crash… well, not this time in Angola! While oil prices have sunk, fuel prices have increased almost 200%… Angola used to have very cheap prices and now it’s slightly more than 1 USD per liter. It’s very ironic to increase fuel prices because oil is cheap… of course, higher fuel prices mean, higher prices in many related services, like taxis. Taxi’s fare is already a big problem, many people are paying 10 USD per day on transportation just to go to work and back. With the low salaries, this means some people spending a huge part of their income on transportation only. 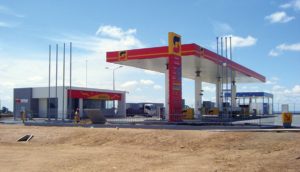 Conclusion and way out

The lack of foreign currencies is the mother of all problems in Angola. The reason for it is the fact that Angola is an oil-dependent country, and that won’t be changed in months. It will take years and these will be very difficult times. Only 2 years ago, Angola was on the rise, but to be able to return to that oil prices have to increase. But Angola can’t make it happen and no one can predict when it will happen. Until then we have to get used to this new order and learn to live with fewer imports and less USD! It’s an opportunity for Angolan production finally start growing. It’s more than that, it’s a responsibility and a commitment!

PS: While I was writing this post Angolan National Bank devalued Kwanza once again, 15%. From 135AKZ to 155 AKZ per USD. This means higher prices of… everything, i.e., higher inflation, and even less purchasing power.

5 thoughts on “Oil crash in Angola”