The best Botswana Safaris – Okavango, Chobe and the Bushman

Botswana probably isn’t your first option when thinking of travel destinations. Though Botswana was voted as one of the best places in the world to travel in 2016, and it can easily be explained by the Okavango Delta and the National Chobe park, the highlights of Botswana. Doing these Botswana safaris will make your travel unforgettable. If you want to delve more into Botswana’s travel attractions have a look at this list of the best places to visit in Botswana.

Botswana is an English-speaking country, a former British colony which became independent in 1966.

Gaborone is the capital of Botswana and the currency in the Pula which means rain. Like many tourists, we didn’t have the opportunity go to the capital. Botswana´s economy has grown fast since it’s independence, now being a middle-income country. 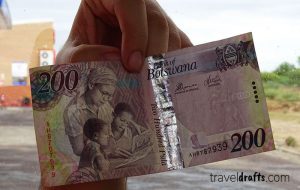 Interestingly 70% of Botswana’s territory is formed by the Kalahari desert. It’s also one of the least densely populated countries in the world.

Our impression was that Botswana is calm, safe, people were nice, there are places with poverty and living the traditional way, sometimes with a touch of modernization. We saw some many huts with solar panels :). The scenery is very dry with bushes and small trees, acacias and surprisingly there were a lot of donkeys along the roads. 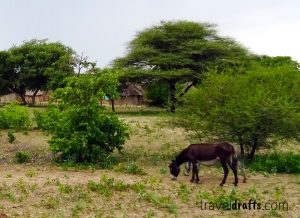 One thing that struck us as odd was the mandatory disinfection of walking shoes and the tires of vehicles in the border and some police control stops in the road. What happens is: we have to take out our shoes (even those packed in the luggage) and dip them in a box with water and disinfectant with the aim to prevent bring foot-and-mouth disease into the country. It didn’t seem like we were disinfecting anything. The box where we dipped the shoes was so dirty and they didn’t replace the water between the people. It’s one of those things…

Botswana Safaris and best things to do

Visit the San People, the Bushman

Botswana is also the home of the San people, also known as the Bushman, a semi-nomadic, self-sufficient people who survive in the Kalahari desert. They are one of the oldest people in the world, have an amazing ability to hunt, adapt to the environment and use everything nature has to offer. Every plant has a function, some are medicinal, others are food, others have a hygienic function and so on… 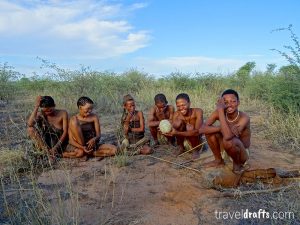 The San People nowadays are less nomadic and switched to farming. They were relocated from the Kalahari game reserves to different areas of the country. In 2012 they won a legal battle to return to their land, but aren’t allowed to hunt, and have been accused of poaching. Most of them are not capable of adapting to modern life. There is an interesting film about the Bushman: “The Gods must be crazy”. It is quite funny so we recommend you to see it.

In our first night in Botswana, we stayed in a Bushmen camp and had the opportunity to see and listen to their traditions. We did a bush walk, where they showed us some of their tricks and secrets of the Kalahari. Later on, we watched a tribal dance by a campfire, it was a different experience, we even danced a little… I mean… we “danced“… 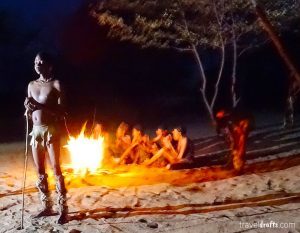 The Okavango Delta is an unreal place. A river that flows into a desert and evaporates sounds unlikely, unusual or even unbelievable… Just for this, it’s a place worth going but there is much more: animals, fantastic lodges, boat rides, tracks to walk… Great for adventurers and nature freaks 🙂 It was named one the seven Natural Wonders of Africa!

We stayed in the Okavango Delta 3 days in Lodge Jumbo Junction, a nice relaxing place with fantastic views. The Delta was in the dry season, many sites that normally are flooded water were dry. The scenery changes very much according to the season, at that moment (January) the Delta was suffering from a long drought! This gave us the opportunity to explore tracks that in other seasons would be under water. 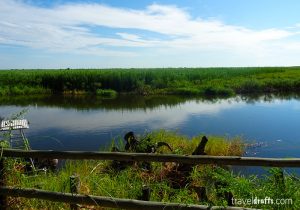 Speedboating in the Okavango Delta

Our first experience of the Delta was riding a speedboat through the many canals of the Delta, and trying to spot crocodiles and Hippopotamus. It was a thrilling sensation, the boat was fast but when we spotted an animal the guide stopped. 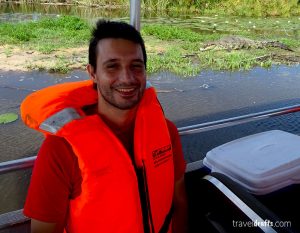 Walking safari in the Okavango Delta

One cool thing we can do is follow tracks and explore the vegetation of the region by foot! The guide shows the most important plants and we even observed some animals. Usually, it is more difficult to see animals on foot, they are more frightened when we are walking than in a car. It is a very different perspective going to a walking safari, and it was very interesting learning about the animals and plants of the Okavango. We found particularly interesting the different symbiosis between animals like the zebra and the wildebeest, impala, and baboons. Usually, you spot them together, taking advantage of one’s great sight and others hearing. 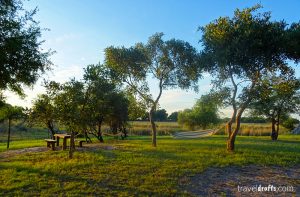 Water Safari in a mokoro

The best of the Delta was riding the mokoro, a traditional canoe. Nowadays they are made of fiberglass for environmental reasons. It was one of the most relaxing experiences of the trip, being by the water and gazing the hippos, fish eagles, water lilies… 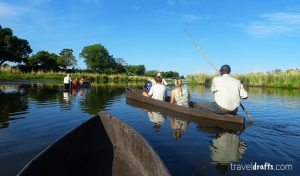 During the mokoro safari, we spotted a lot of hippos, tons of them (pun intended, they are huge!). According to our guides, the hippos are the kings of the Delta due to their importance in building the canals. There were moments that we were very close to them, and heard their warning noises… which sounded like laughing… 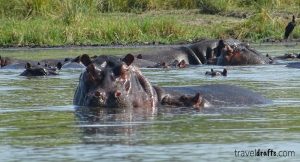 Home to the Chobe River, the Chobe National Park is one of the best game reserves in Africa. It has a large concentration of lions, leopards, wild dogs, antelopes, sable antelopes, hippopotamuses and above all enormous herds of elephants (or so they say).

We stayed in the National park for a day, but we wouldn’t mind spending more time discovering its wildlife. We spent the afternoon exploring the Chobe river, on a ferry. Along the riverbanks, we saw impalas, cape buffaloes, more crocodiles and hippos and… one elephant! The scenery was beautiful, very green and blue. In the middle of the trip, it started raining intensely – as it usually rains in Africa – and naturally, most of the animals disappeared, but it was so cool! 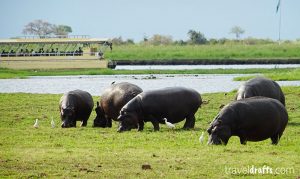 The best time to do a Safari is very very early in the morning so, we woke up stupidly early and it was safari time! Time to really explore the Chobe National Park. The Chobe used to have all big five, but they had to remove rhinos from the park due to the risk of poaching. The vegetation is beautiful, dense and very green.  The park was full of animals: leopards, baboons, birds, giraffes, jackal. 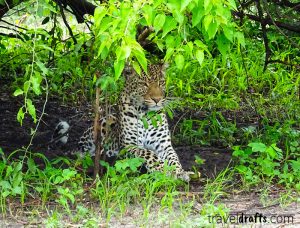 We were a little disappointed that we didn’t encounter any herds of elephants, I mean… none! And believe us, it is quite a difficult achievement because Chobe is known for its large herds of elephants. Well, to be honest, we did see the one from the boat… Although, to compensate we saw a beautiful Leopard just at our side. And the most fantastic part is that it had just hunted an Impala, so he was protecting the pray. The other high moment was when we saw wild dogs playing in a pad of mud. 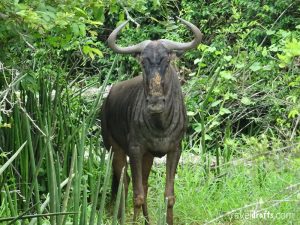 Chobe was fantastic, it is an incredible feeling of just wake up early and wander in the park looking for wild animals. It makes you want to be a park ranger or living nearby to come to the park in the morning every weekend.

All in all, Botswana is a beautiful country, full of fantastic things to do the wild. If you are planning to visit Botswana you’ll be delighted with nature. We can honestly say that Botswana surpassed our expectations making it a pleasant surprise. The next leg of the trip was spent in Victoria falls, full of adventure.